Alabama Sen. Clyde Chambliss, Republican:
“The egg in the lab doesn’t apply. It’s not in a woman. She’s not pregnant.” 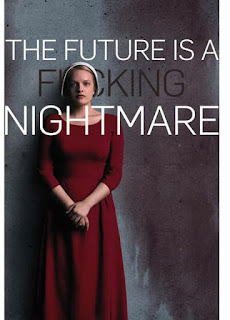 A pro-life anti-abortion law “doesn’t apply” to a fertilized egg in spite of the fact that the sperm has penetrated the ovum and the cells have divided beyond conception while coincidentally being frozen in mid-development and stored at a lab.
In spite of pro-lifers argument that “life begins at conception”, these zygotes can be aborted without government interference.
This is not “pro-life” - this is the epitome of hypocrisy.
These laws have nothing to do with “saving the unborn”.
Zygotes are unborn.
These laws are a calculated and systematic OPPRESSION OF WOMEN.
Why are we allowing it?
It’s reprehensible that there are women on board with DENYING MY RIGHT TO CHOOSE, spouting their “GOD makes a baby” crap.
SPERM makes a baby.
Speaking of which…
Where are the men who profess to love the women in their lives as equals? Where are our gay friends, our boyfriends, our husbands, our fathers, our brothers, our sons, our nephews? Why are you silent?
“I’m doing my very best to be a supportive advocate while remaining very aware of the dangers of appearing to speak for women. I’m doing what I can, and I’m not remotely disengaged. Just trying to be respectful.”
Are you fucking kidding me? THEY are speaking for us while you aren’t. THEY are gagging us while you’re keeping a “respectful” distance from the conversation. NUT UP.
SILENCE=COMPLICITY
Gay men - There are women who stand up for you every day, screaming at the top of our lungs for your rights. I am one. I have no compunction about speaking for you against anyone who would diminish your value as a human being and an American. It’s what my integrity and humanity demand of me and it should be what yours demand of you. If you respect me, stand up for me and my rights.
SING OUT, LOUISE.
Straight men - When it comes to women (pun intended) stop using your penises and try using your legs for a bit. Stand up for the women in your lives. Stand with them in the face of being relegated to second-class citizenship as nothing but “host bodies” for babies they don’t want.
Speak the fuck up for them as human beings.
Support CHOICE and bodily autonomy.
You sure as hell would if you were forced BY LAW to get a vasectomy at 15 (which btw would prevent 100% of abortions) and needed a woman's permission to have it reversed.
BOYCOTT “HEARTBEAT” STATES.
Speak out against unconstitutional laws meant to strip women of our rights.
Stop tippy toeing and making excuses.
OPEN YOUR MOUTHS AND SCREAM.
That’s what we’re doing. Screaming.
Because the future WILL BE a FUCKING nightmare if we stop.
#ProChoice #MyBodyMYCHOICE #VoteDEM2020 #ITMFA
Posted by AE Hughes at 5:48 PM No comments:

Just over a year since my bilateral knee replacement and my knees do not bend beyond 95°. They are painful from a minor annoyance to a full on incapacitation. 2nd opinion: I'm "lucky - it could be so much worse". Implants used are over 30 years old - very concerning considering all the advancement in implant technology in that time.
Walking, bending, kneeling are all difficult to impossible. Pain management from the beginning was sub-par including an instance where one prescription couldn't be filled by 3 pharmacies because "nobody makes that anymore". Dr. Lohrbach's response to my tearful pleas for help with the pain at my 2 week follow-up was, "Your left knee is slightly worse? Must be because I'm right-handed." Humor? Really?
I do NOT recommend Dr. Lohrbach. He's a factory surgeon (get em in, get em out), he has no empathy or bedside manner and his abilities are specious.
Any doctor who uses out-dated technology so blatantly should be ashamed.
#BrianLohrbachMD Orthopedic & Sports Institute
UPDATE 12/28/16 -
I got a message yesterday from a chirpy young woman asking me to return her call - she was sorry but she was busy with "personal" issues and couldn't reach out to me sooner (Why I needed to know her back story is beyond me). I called her today.
She said she handles "revenue and clinical issues" for the practice and its doctors. After a brief exchange, I asked what she expected to do for me as she had NO IDEA WHAT MY PROBLEM WAS. She doesn't read "social media" - doesn't have it or use it - and no one told her anything substantive about my review.
Why are you calling me then? You're reaching out? I didn't ask to be "reached". After 14 months of pain and lack of mobility, I'm certain you can't do anything at all about Dr. Lohrbach's "work".
What a remarkably uncaring, disinterested, inept group of people.
Posted by AE Hughes at 8:49 AM No comments:

I Sing The Body Electric

In my nightmares - every night, by the way - there's a banging on my front door and the "authorities" have come to take me away.
These nightmares started the day after the election. I have no control over my nightmares. I'm not sleeping well.
My first response was profound fear and the intense desire to flee.
When I lived in my beloved NYC and this feeling became too overwhelming after 9/11, I moved. Here.
Here. Where a retired teacher who lives around the corner said, "I voted for Trump. Anyone but Hillary."
A fucking TEACHER said that.
I still have the nightmares. But every night, something changes.
I yell. I don't scream. I YELL.
I curse aggressively. I fight. Every nightmare, there is the smallest change and I accomplish something. Sometimes, the people arresting me react with shock and freeze. I escape.
And when I wake up, I'm angry.
I have my coffee. I eat a bagel (well, as close as I can get) with a schmear. Sometimes I find lox at the local Pick N Save and that helps.
I calm down.
And then I RISE THE FUCK UP.
Posted by AE Hughes at 3:57 PM 2 comments:

I love Gustav Klimt. His works are represented everywhere in my home.
I especially love the portrait of Adele Bloch Bauer. I got to see the original at the Neue Gallery in NYC. I stood there for a full half hour, just gazing, examining, marveling at how bright it was. All the prints show the gold leafing in a deep color but in person, it's so light.
I watched the movie, "Woman In Gold", recently. It's about the fight by Adele's niece to get back what the Nazis stole during the Third Reich.
I really have nothing of value - truly. I think my shit is valuable but only to me. I'm very sentimental.
The thought that my home could be invaded and confiscated as a result of Newt Gingrich and his intention of re-creating the "Un-American Activities" panel (which if anyone still remembers history was created by a Wisconsin representative, Joe McCarthy), is absolutely, terrifyingly repugnant to me.
I am horrified by what the people who live right next door to me have done by voting for a miscreant.
But I live in Wisconsin. Short of moving outside the country and leaving the people who need me to fend for themselves, I've decided to embrace that.
Gun classes. Handgun permit. Concealed carry. Open carry.
THOSE are my rights and I am mother-fucking going to avail myself of them.
To the person who said, "We can't become them", I'm not.
I'm availing myself of the rights I still have.
I will become the most bad-ass version of myself.
Posted by AE Hughes at 3:57 PM No comments:

“WE STAND WITH SCOTT WALKER”

Well, not really on my block…it’s off the dead end spur toward the lake at the end of the street.

I know this couple. Older but still active. The wife sought us out when we first moved here and invited my parents and me to a curling fundraiser. My 90-year-old Dad got down on the ice, crouched and sent that puck/disk/thingy flying while she coached him. Still one of the great images of my life burned into my brain.

They are a lovely couple.

I want to ask them if they think the wife is worth less than the husband. I want to know.

Is she, all fire and spice, worth less than the lovely easy-going guy to whom she’s married?

I want to know why they think Scott Walker repealing the law that mandated Wisconsin companies pay equally for work done regardless of gender is okay.

I think her response would be “why are you so upset - I’m entitled to my opinion - it’s politics and this is how I feel - you are way too aggressive”. She might add “don’t take it so personally”.

Yup. I’m aggressive by my own admission. And I take it VERY personally.

I want her to vote. I want EVERYONE to vote.

To this lovely woman who would vote for a person who thinks of her as a second class citizen, I would say:

Because sometime in the future when you, your daughter and your grandchild are relegated to the back of the bus or the closet or THE KITCHEN, you can say, “I VOTED FOR THAT”.

Today, the only signs up and down my block to the big lake are 2 small ones across the street from me for local democrats -

And Trump/Pence with other Republicans scattered around on the lawn of the people described above.

I have a complete picture of who they are now.

I don't need to ask her a damned thing.

#NEVERTrump #ImWithHer #StrongerTogether
Posted by AE Hughes at 10:09 AM No comments:


When I was about 3 or 4, my beloved dad would let me sit on his shoulders and "do" his thinning hair while he read the paper. 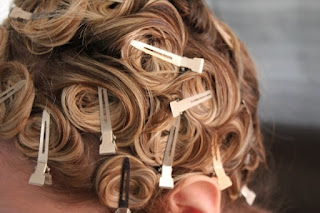 I would use his pocket comb and my mom's pin curl clips (remember them?) and make curls all over his head where I could. Then I would take them out and style.

I would repeat this at least 3 times during our salon time.

My mother, in a completely nerved out voice, would ask him how he could could stand it.

I never thought I would find great love. True Love.
I've loved in the past - deeply. But those loves always ended painfully.
When I've looked back over my amours, there isn't one I can say "got away". Those affairs ended because they expired either for me or for him.
One can't regret what was not meant to be permanent.
I thought great love and enduring passion, like that shared by my parents, would never be part of my experience.
And I was content, finally.
By 2008, I was a grown up and completely on my own. I was enough.
Then came a man who opened the door to a whole new world.
Because of him, my world is new every day - exciting, passionate, comfortable, fun, funny and full of possibility.
I know great love now. I'm complete because I'm more now.
My parents would be so thrilled. And they would've adored my guy.
Happy 65th Anniversary, Mum and Papa-San. Thank you for showing me what True Love looks like.
Now I know it when I see it.
Posted by AE Hughes at 10:17 AM No comments: